Apartamentosvalencia recommended to visit this most important archaeological Valencia, has been working in the Almoina with these findings since 1985, ranging encontrándonse archaeological remains from the second century to the fourteenth century. The Almoina Archaeological Center covers an area of ​​2,500 m2.

Among its most important remains monumental buildings stand, coins, Roman roads, pieces of pottery, inscriptions, ..., of ancient civilizations and eras ranging from the Roman (period when the city was founded), through the Islamic, reaching the medieval Valencia.

From Roman times we find hot springs, taverns, a shrine, a granary, Roman roads, a forum, which was the center of political meetings, religious and judicial, a curia, a market, a collegium. In another vein, include the discovery of skeletons (soldiers) of the time. Already off campus, in the eastern part, also found a Roman circus.

The architectural structure that surrounds the archaeological allows the walker in the city to have direct eye contact with the ruins thus incorporated into the urban landscape. These windows also allow perceive from certain points inside the archaeological site outside spaces by promoting dialogue between the archaeological remains and their immediate environment. 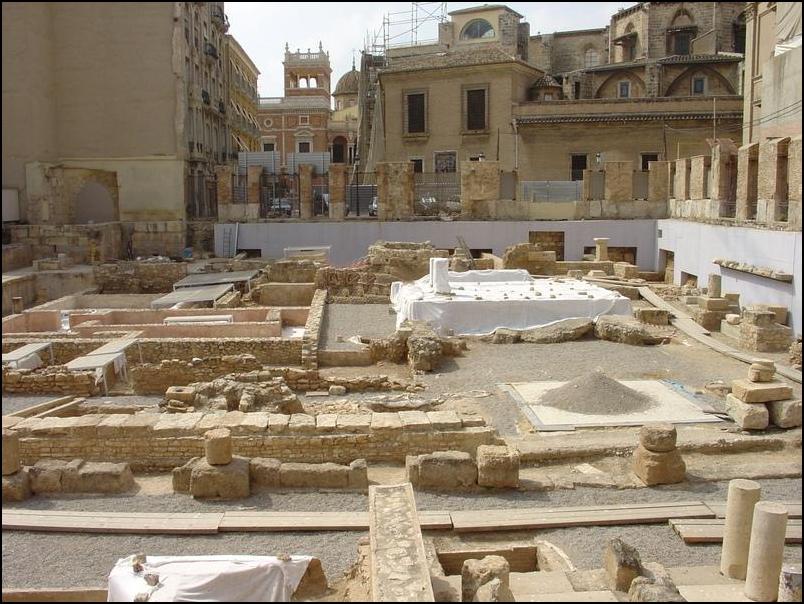 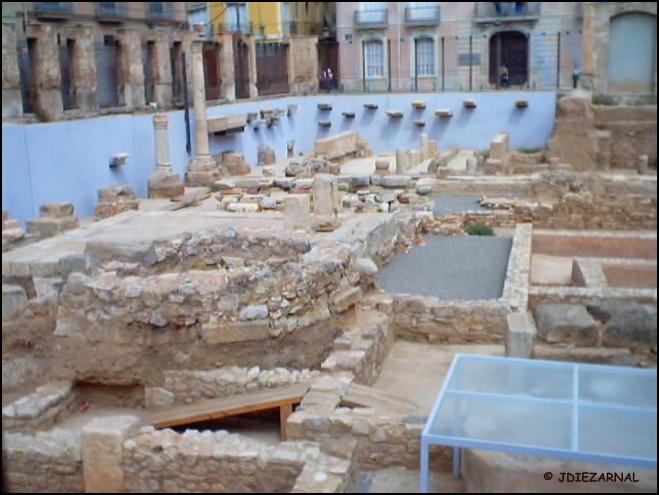 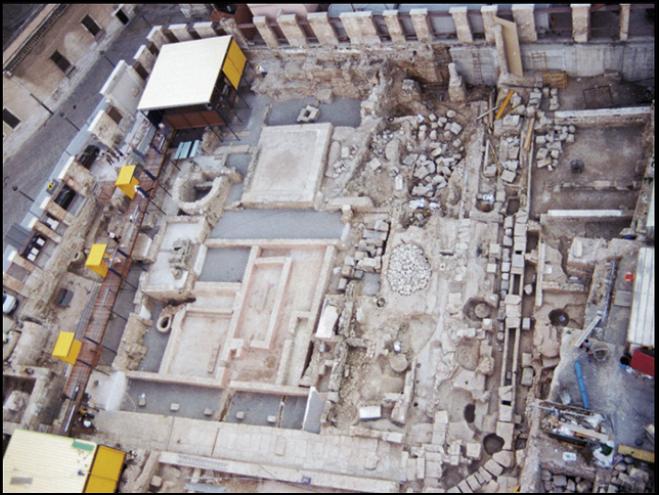 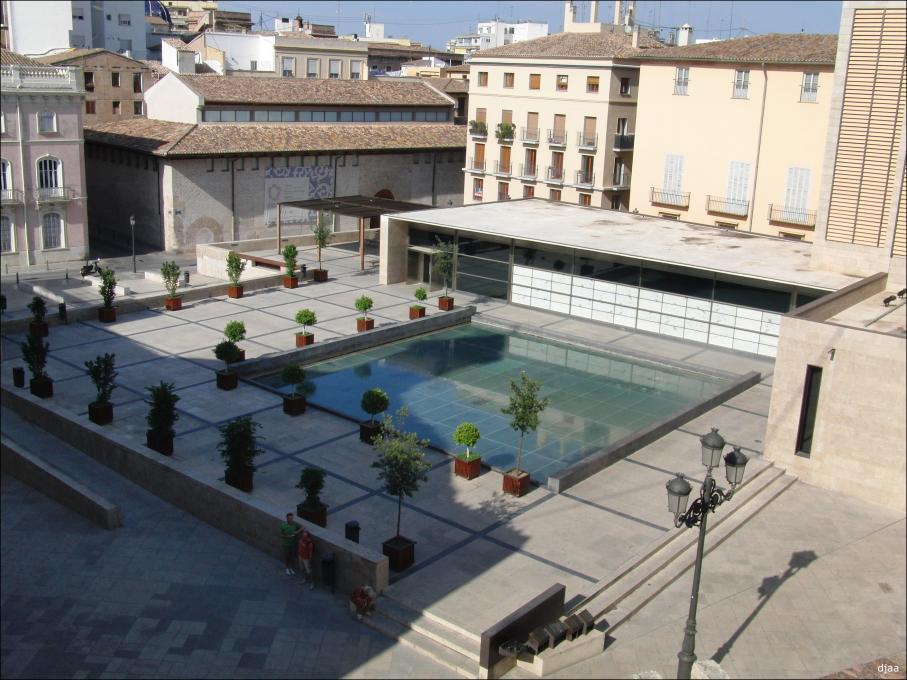 This project has always had in mind that we are in a space asset where vestiges of the past are the true protagonists. The incorporation of new technologies in the service of the exhibition discourse and historical interpretation, not the opposite. With all this, we have tried to make L'Almoina and, by extension, of the underlying historical cities testimony to what they were in life.

Data information and interest:
Visiting Hours
The archaeological site is open Tuesday through Saturday from 10:00 morning Almoina Islamic arestos 20:00 pm, and Sunday from 10:00 hours to 15:00 hours.

Ticket prices
Ticket prices: Single entry is worth 2 Euros, but there are also bonds three days for 6 €. On Saturdays, Sundays and public holidays Admission is free.